Despite how many people say their vows hoping their marriage will last forever, the reality is staying together doesn’t always happen. There are a variety of factors that come into play when it comes to why divorce happens.

Understanding why makes it easier to navigate your own marriage and question whether you may be headed down the same path. Take a look at some of the leading causes of why people end up getting divorced.

Many studies show that even happy couples argue now and then. It’s unrealistic to expect never butting heads with someone occasionally. Yet, even though arguing may be sometimes okay in doses, it’s not something that anyone wants to do day in and day out.

Couples who find themselves bickering all day long over the smallest things will eventually end in divorce. Too much conflict is exhausting and causes a couple to lose sight of what they loved about each other in the first place. If you can’t resolve your arguments calmly, then it will only get worse over time.

Once too much conflict has taken place in a couple, two people in a relationship start to associate the other with only negative feelings.

According to experts, infidelity is a symptom of a problem and not the root cause. However, as many as 60% of divorces happen as a result of cheating. In relationships that are already on the rocks, cheating is the final straw that breaks the camel’s back.

When two people feel lonely in a relationship, one or more of them turns to someone else for feelings of companionship. The result is an extramarital affair that ultimately leads to the demise of their marriage.

A recent survey showed that as many as 20% of divorced couples claimed the reason for their separation was because of physical abuse. Cycles of violence rarely improve themselves on their own.

It usually gets worse every time that it happens. Although therapy can help a couple turn page which has been violent with each other, it will likely happen again.

A startling two out of five divorces are because of at least one partner abusing alcohol. Alcohol creates not only a distance between two people but also a physical dependency leading to extreme behavioral changes and health problems.

If two people in the relationship are dependent on alcohol, then the situation can be even more volatile. 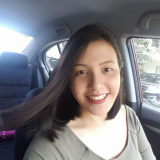