Regardless of whether your divorce was your choice or not, the reality is that divorce is a difficult experience for anyone. The entire process itself is admitting that something you committed to, didn’t work out. Saying goodbye to something that once meant so much to you is a difficult situation to find yourself in.

Even though you may feel a mix of highs and lows, most people admit that there are a considerable amount of hard days.

END_OF_DOCUMENT_TOKEN_TO_BE_REPLACED

Okay, so there’s really no such thing as a perfect kid. But we can all hope, right? We can all aim for the stars, and we won’t be all that upset if we don’t make it all the way. Still, what are some options that give parents the best opportunities to create children with good behavior patterns and charisma and emotional intelligence?

There are several choices that parents can make, especially early on, that will help improve the chances of guiding a child successfully. There is the matter of daycare choices. There is the decision to intentionally keep children away from too much screen time on devices. And there are plenty of character building exercises to move through as well, depending on contexts such as the age of the child and the environment that they’re in.

END_OF_DOCUMENT_TOKEN_TO_BE_REPLACED

People who get married don’t always want to stay together forever. Even if they have the best intentions at the beginning, many marriages end up in separation and divorce. And the effects of that divorce on the family unit can be very dramatic. It is up to the people involved to try to create the best situation possible after it’s all done though.

So what are some of these effects, and what can be done about them to try to smooth the process over? There are the visible emotional effects of divorce on a family unit, especially when children are involved. Adults and parents have to work with the legal system to mitigate some of the legal and financial risks involved in a divorce. Then there are the matters of child support and child custody that often create ripples through a family’s social fabric. END_OF_DOCUMENT_TOKEN_TO_BE_REPLACED

When two people come together in hopes of building a life together forever, the last thing on their minds is breaking up one day.  Unfortunately, it’s all too common for even the happiest of relationships to end in a bitter dispute.

When emotions are running high, people are capable of being incredibly vindictive and cutthroat in hopes of walking away as the proclaimed “winner” of a divorce dispute.  This can make things even more complicated when there are children involved.

If you’re someone going through a divorce, you should make sure that you learn from the mistakes that others have made before you and avoid the following common errors.

Posting Too Much On Social Media

Even though social media is a great tool to be able to express yourself and feel like you have a community to share with, it can work against you.  Posting about personal issues could give your former spouse ammunition against you. You could be accused of reckless behavior, and your photos could be dissected in a court of law claiming you are an unfit parent.

You’re better off saving your personal issues for your close friends and family in a less public environment.  Until you’re out of the clear of a nasty divorce, you should keep a low profile.

A lot of people come out of a relationship ready to move on.  They’ve been unhappy for so long that the idea of finding someone who can provide them happiness is promising and exciting.

However, moving too quickly into a new relationship doesn’t only have the potential to get you into legal trouble since you’re still married, but you may end up getting hurt.

Often people think they’re ready for a new relationship. However, they soon realize that they haven’t moved on yet.  It’s best to take things slowly to ensure that you’re actually mentally prepared to make a new commitment.

When things get particularly heated in a divorce one may threaten the other which results in a series of threats back and forth.

Acting out violently or being emotionally abusive can work against you in a court of law if the other party provides evidence.  You’re better off staying as peaceful as possible even if it’s challenging.

Talking to your kids about how angry you are with the other parent isn’t healthy for your children’s development.

It’s important to remain emotionally neutral as much as possible so that your child doesn’t feel forced to choose sides. If you genuinely think that the other party has done wrong, your child will grow up one day to see it for themselves.  It’s not up to you or your role to convince them of it.

Choosing to get a divorce from your spouse is hard enough without having to break the news to your children as well. But because so much of this new situation is going to involve your kids, it’s crucial that you handle the discussion of this topic in the right way. The way your children find out about your divorce will be something they remember for the rest of their lives, so you want to be sure that you tackle this subject carefully. To help with this, here are three tips for speaking to your kids about your upcoming divorce.

END_OF_DOCUMENT_TOKEN_TO_BE_REPLACED

The toddler portion of your child’s life can be expected to be full of protests, arguments, and at least occasionally, full-on tantrums. When you experience your first toddler explosion, you may feel lost, with no idea how to handle this angry little person.

The key is staying calm. Even though their hysterical energy is infectious and every fiber of your being wants to yell “Get over it already!” — remaining calm will solve more in the long run. END_OF_DOCUMENT_TOKEN_TO_BE_REPLACED 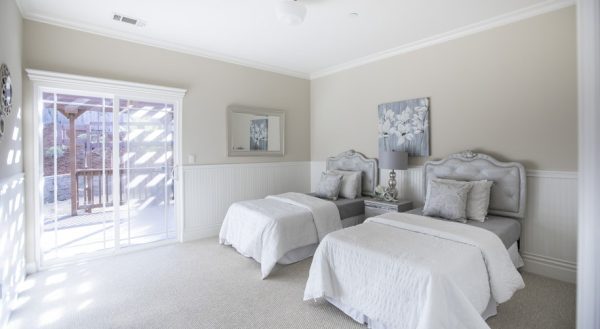 While it can be fun to allow your child to decorate their own room, you may also be hesitant to let them do something so permanent when their interests change so frequently. But although they may fluctuate between loving superheroes and the ocean, wanting ponies or princesses, there is still a way that you can let them decorate with what they want while still keeping some of the basic things the same. To show you how, here are three tips for letting your child decorate their own room.

Pick Furniture That Can Grow With Them

In all reality, it’s only the details that your child really cares about. Because of this, it’s very easy to keep things like the furniture the same while switching out details like wall hangings or bedspreads. So when you’re picking furniture to put in his or her room, Tara Mastroeni, a contributor to Freshome.com, recommends that you pick timeless pieces that can grow with them. This might mean getting them full-sized rather than child-sized beds and dresser and keeping the colors or designs clean and gender neutral. END_OF_DOCUMENT_TOKEN_TO_BE_REPLACED

Most people at least have someone who has a problem with addiction issues as a friend or a friend of a friend. Not everyone has had to deal with addiction of a direct family member. However, for families where there’s a member that is struggling with addiction in its many forms, there are ways that you can help get them out of their hole.

Four particular things that can be looked at include researching the psychology behind addiction, sending the addicted member to rehab, getting them away from influences, and in extreme cases potentially even holding an intervention. END_OF_DOCUMENT_TOKEN_TO_BE_REPLACED

Even when you have children it’s pretty likely that you go on a family vacation each year, or at least once in awhile. It may be prudent and cost effective to consider investing in a stationary vacation property while your children are young if it’s something you can afford right now. It’s a wise option if a vacation home is something you’re going to want after you retire and the market for buying a home is currently a good one.

One people “fly” south for the winter, especially those that are retired. Having a vacation home now guarantees you have that place to escape to later in life, and it also ensures you have a vacation place to go to each year prior. If you don’t like letting it sit empty for the majority of the year you could always rent it out as a timeshare when you don’t need it. END_OF_DOCUMENT_TOKEN_TO_BE_REPLACED