If you’re going through a divorce, managing this time while also being a parent can be one of the biggest challenges you’ll ever experience. And while a divorce might ultimately be the right decision for you and your happiness, it can often be very hard on your children for years to come. Luckily, there are some things you can do and ways you can prepare for these challenges. END_OF_DOCUMENT_TOKEN_TO_BE_REPLACED

Despite how many people say their vows hoping their marriage will last forever, the reality is staying together doesn’t always happen. There are a variety of factors that come into play when it comes to why divorce happens.

Understanding why makes it easier to navigate your own marriage and question whether you may be headed down the same path. Take a look at some of the leading causes of why people end up getting divorced.

Many studies show that even happy couples argue now and then. It’s unrealistic to expect never butting heads with someone occasionally. Yet, even though arguing may be sometimes okay in doses, it’s not something that anyone wants to do day in and day out.

Couples who find themselves bickering all day long over the smallest things will eventually end in divorce. Too much conflict is exhausting and causes a couple to lose sight of what they loved about each other in the first place. If you can’t resolve your arguments calmly, then it will only get worse over time.

Once too much conflict has taken place in a couple, two people in a relationship start to associate the other with only negative feelings.

According to experts, infidelity is a symptom of a problem and not the root cause. However, as many as 60% of divorces happen as a result of cheating. In relationships that are already on the rocks, cheating is the final straw that breaks the camel’s back.

When two people feel lonely in a relationship, one or more of them turns to someone else for feelings of companionship. The result is an extramarital affair that ultimately leads to the demise of their marriage.

A recent survey showed that as many as 20% of divorced couples claimed the reason for their separation was because of physical abuse. Cycles of violence rarely improve themselves on their own.

It usually gets worse every time that it happens. Although therapy can help a couple turn page which has been violent with each other, it will likely happen again.

A startling two out of five divorces are because of at least one partner abusing alcohol. Alcohol creates not only a distance between two people but also a physical dependency leading to extreme behavioral changes and health problems.

If two people in the relationship are dependent on alcohol, then the situation can be even more volatile.

The truth is that divorce can be incredibly traumatizing. In a way, divorce can be like a death, leaving both people in pain, mourning the loss of a relationship that once meant the world to them.

After the divorce takes place, it may feel like a shock finding who you are again. Adjusting to becoming single again after being in a couple requires taking your time. You won’t settle into your new life overnight, particularly if you were married for a long time.

END_OF_DOCUMENT_TOKEN_TO_BE_REPLACED

When you have a family to protect, you have a big responsibility.  Luckily, the law is typically on your side. The dynamic of family has changed dramatically over the years, and the issues people conquer throughout daily life are also changing.

If you can’t really think of a reason why you need to have a lawyer on call, let us help you open your mind.  Grant your family a new level of protection, and get in the know about when you should enlist the power of a skilled legal professional.

END_OF_DOCUMENT_TOKEN_TO_BE_REPLACED

People who get married don’t always want to stay together forever. Even if they have the best intentions at the beginning, many marriages end up in separation and divorce. And the effects of that divorce on the family unit can be very dramatic. It is up to the people involved to try to create the best situation possible after it’s all done though.

So what are some of these effects, and what can be done about them to try to smooth the process over? There are the visible emotional effects of divorce on a family unit, especially when children are involved. Adults and parents have to work with the legal system to mitigate some of the legal and financial risks involved in a divorce. Then there are the matters of child support and child custody that often create ripples through a family’s social fabric. END_OF_DOCUMENT_TOKEN_TO_BE_REPLACED

When two people come together in hopes of building a life together forever, the last thing on their minds is breaking up one day.  Unfortunately, it’s all too common for even the happiest of relationships to end in a bitter dispute.

When emotions are running high, people are capable of being incredibly vindictive and cutthroat in hopes of walking away as the proclaimed “winner” of a divorce dispute.  This can make things even more complicated when there are children involved.

If you’re someone going through a divorce, you should make sure that you learn from the mistakes that others have made before you and avoid the following common errors.

Posting Too Much On Social Media

Even though social media is a great tool to be able to express yourself and feel like you have a community to share with, it can work against you.  Posting about personal issues could give your former spouse ammunition against you. You could be accused of reckless behavior, and your photos could be dissected in a court of law claiming you are an unfit parent.

You’re better off saving your personal issues for your close friends and family in a less public environment.  Until you’re out of the clear of a nasty divorce, you should keep a low profile.

A lot of people come out of a relationship ready to move on.  They’ve been unhappy for so long that the idea of finding someone who can provide them happiness is promising and exciting.

However, moving too quickly into a new relationship doesn’t only have the potential to get you into legal trouble since you’re still married, but you may end up getting hurt.

Often people think they’re ready for a new relationship. However, they soon realize that they haven’t moved on yet.  It’s best to take things slowly to ensure that you’re actually mentally prepared to make a new commitment.

When things get particularly heated in a divorce one may threaten the other which results in a series of threats back and forth.

Acting out violently or being emotionally abusive can work against you in a court of law if the other party provides evidence.  You’re better off staying as peaceful as possible even if it’s challenging.

Talking to your kids about how angry you are with the other parent isn’t healthy for your children’s development.

It’s important to remain emotionally neutral as much as possible so that your child doesn’t feel forced to choose sides. If you genuinely think that the other party has done wrong, your child will grow up one day to see it for themselves.  It’s not up to you or your role to convince them of it.

It is very easy and common for estranged spouses to be so caught up with their own divorce woes and forget about their children’s feelings. In a very unfortunate family event like divorce, children will almost always have no say on the matter and yet they can be the most affected. Seeing two people they look up to going their separate ways and probably tearing each other apart can be one of the most traumatic experiences in their young lives. There is no question that a child would need help to cope with the realities of divorcing parents . 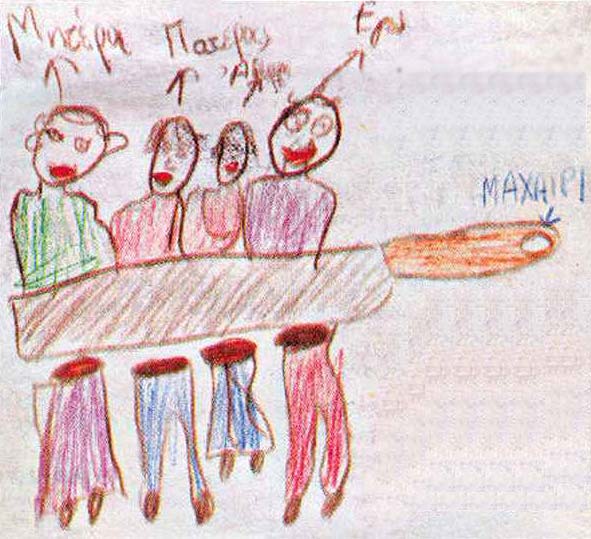 Difficult as it may be, the divorcing parents should be looking out for their children as well especially during the most trying times. If you are in the process of divorcing your spouse and you think you have been dealt the worst deal, think again. There is someone hurting more than you are and that is most probably your child.

Talk with you child in a way he or she can understand and acknowledge the pain. It may not be expressed as clearly as the child wants to but it is real. Crying is not the only manifestation of pain. Often times, it is the child’s silence which is more difficult to interpret.

Do Not Add Confusion to the Pain

Divorcing parents should resist every opportunity to badmouth each other most especially in front of the children. The personal issues of parents simultaneously sounded off to their children may just be too much to handle at a certain point. Parents should try to keep the divorce proceedings in a civil level.

Children however have to be protected adequately if they are at the risk of any harm from any parent. If there is reason to believe that children must be forewarned of any possible danger, then it needs to be done. Of course, there is no room for exaggeration and false accusations which can only further confuse an already emotionally hurting child.

When all the legal proceedings have been done with, the only thing left to do is to live life. You have made your decision to divorce your spouse but life goes on for you, your estranged spouse, and your children. Presumably, you have come up with arrangements about custody, visiting rights, and all that stuff so everybody is expected to be moving within the parameters of these arrangements.

That takes care of the legal aspect but you still have the more personal challenge of living life on a daily basis after divorce. Your children will probably have many questions in their minds that will come out many days, months or years after. Remember this, you may no longer be a wife or husband to your spouse but you remain a parent to your child even after divorce, so be one.

Sara Angle is a professional blogger that shares tips and information about the divorce process. She writes for Widrig Law PLLC, a top divorce law firm in Nashville TN.