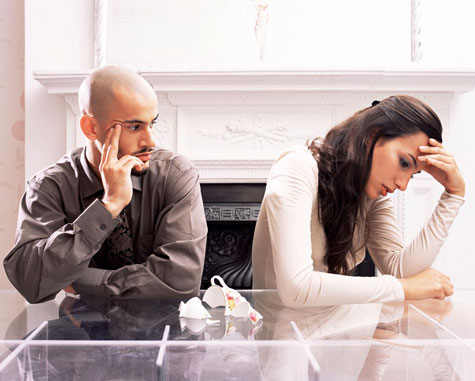 The modern world can be a confusing place for both parents and children with respect to current social norms. And the harder that people try to traditionalize things, or the more they look to the past for answers, the more confused it all gets. Because time marches on, technology changes, the way the world interacts through communication changes, and how all of this connectedness and disconnectedness plays out is something that people can only guess.

But, when it comes to parents having issues and require time apart, trial separation, or even potentially divorce, it’s important to consider what kind of an impact that’s going to have on children. So think of the following if you or someone you know is in that situation.

Modern data collection, especially when it comes to how children cope with their parent’s separation, can be both enlightening and deceiving. Once again, things like feelings are pretty hard to turn into hard data, but at the very least, using that hard data to create a theory that goes something like ‘in general, children are happier when their guardians are happier, regardless if they’re the natural parents or not’ is a gigantic postulate, but one that can be backed up by science in many cases.

In modern cultures, mixed families are accepted almost universally. There are half-brothers and sisters, step-relatives of every kind of mix and match, and family tree branches that go in fifty different directions now. And though that may have not been the norm in the past, because it’s accepted now, children find their support groups to be larger than ever.

And with the mixing of families and the opening of information about topics like gender identity and the sexual spectrum, children are more open to talk about these topic earlier in life with their parents, rather than going through cycles of familial repressions that have caused such problems in the past.

And it’s vitally important that parent’s find a good balance of priorities between their own needs and the needs of the children. Too much focus on either one of those categories will lead to some serious issues in the future, getting help from a marriage counselor is often a good idea of the pressure seems to be too great in either direction.