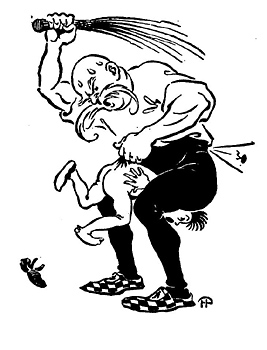 I was led to thinking about this topic when I read a news article published in The Canadian Press today. It talked about how punitive parenting can cause aggressive behavior in children:

I am no expert in child behavior and parenting – at least not in the “scientific” way. I do, however, base my principles on experience and in my experience, discipline can be enforced with a little spanking now and then. But I see this as a last resort. More so, I also see the importance of balancing this with positive reinforcement – rewarding my child when he deserves it.

How do you discipline your child? What do you think about “punitive parenting”?