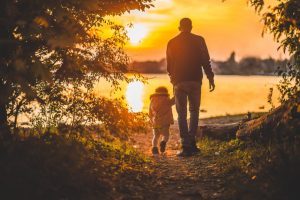 However, the changes don’t just stop there. There are a lot of things that a lot of people don’t tell you will change after you have a child. Here are some of the most common that most parents can agree on.

Your Laundry Will Quadruple

You may think that when you have a child your laundry will double since you have another person to wash for. However, it doesn’t just double, it will quadruple. Kids are famous for getting things stained all day long. Sometimes they can go through as many as 5 different changes of clothes when they are babies and frequently leaking through diapers or having explosions that run up and down their back and legs.

When they get older they start doing things like having accidents in their beds which require you to strip their beds at odd hours of the morning and make them again half asleep. They fall and get grass stains on their new pants. They get paint all over their brand new shirts. Yes, laundry is just something that you have to be prepared for as a parent. So you might want to invest in the best washing machine and dryer that money can buy.

You Won’t Sleep The Same Ever Again

When your baby is brand new they won’t have a regular sleeping pattern like that of an adult. They will go through stretches of about 3-4 hours max in the beginning which will gradually spread out, but your sleeping patterns will forever be affected.

There is something in a parents protective nature that makes us much more aware of sounds at night while we sleep, waking us much easier than before we had kids. Before kids, it was way easier to put your head on the pillow and wake up 10 hours later not having woken up a single time. You can pretty much forget about that ever happening again.

You Start To Tune Out Noise

When you become a parent there are all sorts of beeps and clangs and rings that will sound from every toy that they have. You will always have movies on in the background. They will be making sound effects with their mouths and you will play terrible children’s music just to keep them entertained.

After a while, you become so used to tuning out these noises that it stops irritating you at all.