Each year, kids being brought to the emergency room for injuries are in the millions. It is estimated that almost nine million kids below the age of 15 are treated in the ER for various types of injuries. Of this figure, seven million had accidental injuries which, according to the National Safe Kids Campaign, are actually preventable.

In 2012, more than 1.3 million were also treated in the ER for sports injuries that included torn knee ligaments, sprained ankles and concussions in the head or traumatic brain injury (TBI). 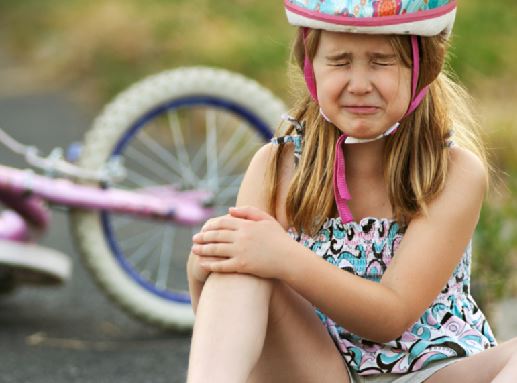 TBI often results from falls and more than 55 percent among kids aged 0 to 14 were affected from 2006 to 2010. For non-fatal TBI injuries, most ER visits were those from children aged 0 to 4 years during the same period. Most falls or 90 percent resulted from equipment-related injuries affecting the head and bones such as those in the arms, elbows and clavicles. According to the doctors, if only playgrounds were designed properly and kids playing
there are well supervised, these injuries can be prevented.

Unintentional blunt trauma such as being hit in the head by an object was the second leading cause traumatic brain injury. Among children aged 14 years and below, 24 percent of TBI resulted from blunt trauma.

Unintentional injuries are those that are predictable and preventable. They are among the leading causes of disability and death for both kids and adolescents in the U.S. They are the fifth leading cause among newborns and infants below one year old and they account for 36 percent of all deaths among the youth aged 19 years and below.

Injuries suffered from the use of trampoline are also very common and some 92,000 cases are treated in the emergency room each year. They include fractures, spinal injuries and at times, head injuries. Most injuries occur when more than one child uses the trampoline or when one does something inappropriate.

Non-fatal injuries are highest among those aged one to four years. Those aged 10-14 are in third spot followed by children aged from five to nine years.

What Parents Should Do

In the event a child gets injured accidentally outside your home and a third party is involved, make sure to consult a legal professional. Injury attorneys assisting victims are available to help you with your issue and determine how you’re going to proceed.

The Center for Disease Control and Prevention (CDC), for its part, urges parents to be vigilant and to learn the strategies that will prevent any injury from occurring, minimizing injury after an event has occurred and reducing long term consequences. Vital steps that need to be taken include not drinking while driving, removing hazards in the home, using safety gadgets such as car safety seat, bike helmets, smoke alarms and choosing playgrounds with soft surfaces.

In addition, the CDC also encourages parents and authorities to follow the Three Es method – education, enforcement and engineering. Education is vital in letting the public know about potential risks and options they can choose to ensure their child or children’s safety. Being informed of the importance of a car safety seat or bike helmet is one example.

Enforcement pertains to the role of the legal system in influencing public behavior and the environment. Implementing laws and ordinances such as those that require the use of child safety seats and bike helmets as well as enforcing speed limits are examples of this method.

The engineering approach, on the other hand, refers to strategies used in making products or making the environment safer for kids. Examples are the manufacture of sleepwear for children that are flame-resistant or toys with no small parts or the so-called choking hazards.