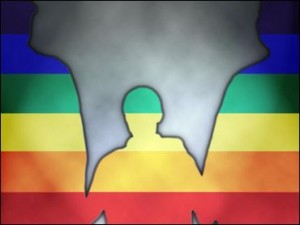 The reason for this post is the article “Same-sex couples can be effective parents, researchers find,” which I read over at USA Today. The bottom line is this:

Children raised by same-sex couples appear to do as well as those raised by parents of both sexes, suggests an international research review that challenges the long-ingrained belief that children need male and female parents for healthy adjustment.

“It’s more about the quality of the parenting than the gender of the parents,” says Judith Stacey of New York University, co-author of the comprehensive review. It will be published Friday in the Journal of Marriage and Family.

Naturally, I had to look into the details. What did they measure effective parenting by? Apparently, they took a look at things such as self-esteem, social adjustment, performance in school, and so on. I cannot argue that these things are universally regarded as important by parents, can you?

Experts say that what counts is the quality of the parents rather than the gender. It reminded me of the forever present argument when it comes to the corporate world. It used to be that men got better jobs and higher pay in spite of the fact that there are women who are just as qualified as they are. (Maybe this is still happening, I am not so sure.) The perennial argument is that the gender does not matter.

Still, we cannot discount the fact that there are children being raised today without a (traditional) father and a (traditional) mother, and studies show that they are doing just fine. I suppose that it doesn’t work for (or sit well with) everyone, and it really is the quality that will matter at the end of the day.

What’s going through your mind?