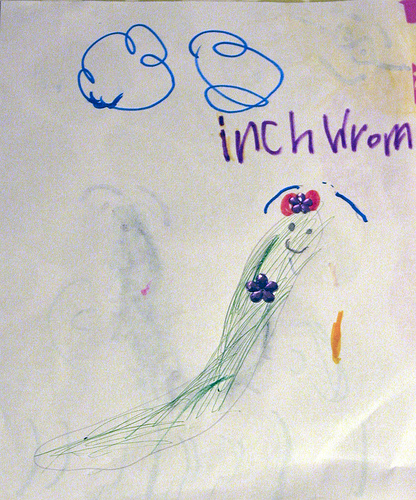 I’ve happily been in a Christmas reverie all week, finishing up our decorating, the shopping, and planning out fun activities for the coming weeks, when I was jolted back into Doctor-Mom-Reality last night. My four-year-old O had just finished at the potty, and as I was about to flush, I saw a horrible horrible thing – a nasty long white worm, almost as thick as a pencil. It was awful. O had been complaining of tummy aches (or “tummy eggs” as calls it), and didn’t want to finish his food lately, but I had attributed it to simple childhood grumbles. Poor O had probably had this nasty worm for some time now, given its size, and I had no idea!

After the whole family had a good look at the worm (gross, but a good deterrent so everybody keeps clean!), I rang Dr.J our pedia, who prescribed Mebendazole to be taken now then repeated in two weeks. She advised us to keep clean and to watch out for any more worms, so I decided to keep him home from Kindergarten for the next couple of days. Apparently it was caught from playing in the garden or at the park, probably from soil that he touched and transmitted through his mouth. Or it could have been through his feet. What I find most distressing is that the slimy devil had been feeding on my little boy’s nutrients for a while now – not great since he is already so skinny. After the course of medicine, thankfully no more worms appeared, nor did my other kids get infected. Phew.

If you’ve never had a child who’s infected with worms (this particular one was a round worm), I would be aware of these symptoms, all of which my little boy had for a couple of weeks before the worm actually came out:

1. Frequent complaints of tummy aches
2. Disturbed sleep (O came to our room every night because he couldn’t sleep)
3. Loss of appetite – feeling full after just a few bites.

For more on worms, do visit these sites:

Is Your Sandbox Safe From Roundworm?

If you have pets in your household like we do, and think it could be related, read this from Dr.Greene.

And lastly, PREVENTION is key. After the worm incident, my kids now meekly obey when I remind them to wear shoes in the garden, wash their hands rigorously and keep their fingers away from their mouths. Here’s a great lesson plan and activity you can do with your kids to teach them about worms. I’ll never forget my poor son’s face when I showed him this awful photo of roundworms in the gut. He was silent for a while then said, “Mom, am I going to die?” Awww, kids!