Time is always precious, but this feels even more true once you become a parent. Taking care of children while also dealing with work, a social life, plus anything else life throws at you – can be very stressful and start to seem impossible at times. Fortunately, there are things you can do to save yourself time so that you can spend more valuable time doing more important things. Here are 3 parenting tips that will help save you time.  END_OF_DOCUMENT_TOKEN_TO_BE_REPLACED

A strong sense of self-discipline is one of the best things that you can have in life. It helps you have confidence, inner strength, and allows you to follow through with your goals despite any temptations that may arise along the way. END_OF_DOCUMENT_TOKEN_TO_BE_REPLACED

The teenage years can be a challenging time.  Even though your child is still the same sweet darling who was wearing diapers just a few short years ago, they are now a hormonal ebb and flow of transforming emotions.

As a parent, it’s your job to help guide them through this confusing time.  Although it may seem like they were just born yesterday, it won’t be long until they are adults in society.  Teaching them the value of responsibility is a valuable tool which they can carry on to their adult life.

END_OF_DOCUMENT_TOKEN_TO_BE_REPLACED 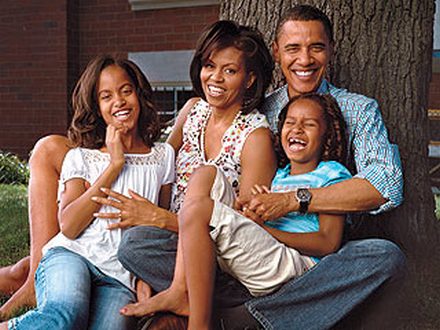 From the get go, Barack Obama made it known just how important his family is to him. Despite being the busy guy that he is, he always makes it a point to set aside time and resources for his wife and two girls. It looks to me that he is quite successful at what he is doing.

Recently, he was interviewed by Essence Magazine, and he talked at length about his stand on parent involvement in regard to raising children. Let me share with you some of the points that struck me the most.

Regulate TV time. So what does the first couple do? The president says that the girls are not allowed to watch TV during school nights. Instead, they have to do their homework first – as soon as they get home actually. When dinner time comes around and they’re still not done, then they continue after. Naturally, this requires diligence AND patience on everyone’s part. I understand this, though, as my parents did the same thing with us, and I’d like to think it worked out pretty well!

Set educational expectations. I think this is one thing that many parents need to work on. We have to draw the line regarding what is expected of the children and what we can do to help them. I have heard about (and seen) so many parents take on the school workload of their children just so things can get done. I can also recount a lot of stories about parents who set very high (often unrealistic) expectations. The trick is in finding the correct balance between giving the child responsibility AND supporting him when necessary. Unfortunately, this is a gray area. Who is to say what the balance is? Here’s a rough guide, according to the President: children must take responsibility for waking up and getting to school on time. They also must take responsibility for routine homework. When it comes to extra projects and other non-routine tasks, perhaps parents can lend a helping hand.

Communicate. This is a way of monitoring how your child is getting along in school. You need to make it a habit to spend time with your child regularly, if only to talk about mundane things. Even better, make it a point to set goals with your child, and then celebrate milestones together.

Isn’t that just a wonderful thing to hear from someone of such stature?

No doubt that the spotlight has been cast on the President-elect’s whole family. Ever since he started out on his journey to the White House, every eye and ear has been turned towards Barack Obama, his wife Michelle, and their two girls. Obama supporter or not, parents might pick up a tip or two from how the first couple-to-be are raising their children, don’t you think?

The Chicago Tribune published an article today on some key points on how the Obamas deal with their kids. Here are those points:

Discipline: Kids have an 8 p.m. bedtime, make their beds every morning and set their own alarms each night.

Be involved: Parents try to never miss a parent-teacher conference or dance recital.

Keep routines: Parents drive the daughters to school—even when Dad’s not really “driving” and is flanked by Secret Service.

Check – most of the time at least.

Never underestimate the power of Grandma: Marian Robinson, Michelle’s mom, is credited with baby-sitting during the busy campaign and is invited to live, at least part time, in Washington to help with the girls.

Be in touch: When you’re on the road, call home every night.

A most definite check!

Protect the kids’ privacy: When a photographer got too close as Dad walked Sasha to a Halloween party, he snapped, “You’ve got a shot. Leave us alone.”

Check – I guess. We don’t have photographers following us around.

Read to your kids: Ann Walker Marchant, a family friend, said she watched Obama read to his children even when his voice was hoarse from campaigning.

No spoiling: The Obamas told Barbara Walters they wanted the kids to feel special to their parents, but not better than anyone else.

Hard, but getting there.

Play together: Friends and neighbors describe the Obamas participating in Saturday outings playing Scrabble and Twister.

Teach them to help those less fortunate: The family volunteered at a Chicago food pantry the day before Thanksgiving.

Check! Now would be a good time to show the kids the value of giving to those who are in need.

Keep it casual: Envisioning life in the White House, the Obamas say they can see kids running down the halls, popping into the Oval Office after school and having sleepovers.

Now wasn’t that an interesting checklist? How does your parenting fare?

Image via The Maven Report