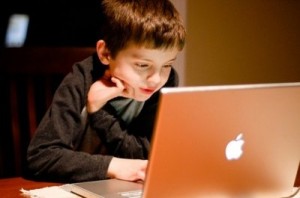 Other survey findings revealed that of children aged 0-8 years old, one in 10 use an iPad, iPod, smart phone or similar device to play games, watch videos or use other apps. The average time spent in a typical day doing this is 43 minutes.
END_OF_DOCUMENT_TOKEN_TO_BE_REPLACED