No one has ever said that being a parent is easy. If they have, that person is not a parent, and their own parents would probably laugh at them! And part of what makes parenting so difficult is some of the decisions that have to be made along the way with children, all the way from the time they are born through the time when they are adults and parents themselves. 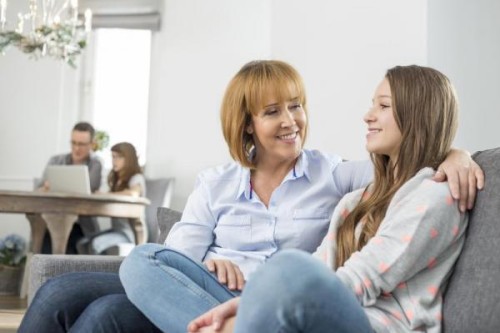 Five of the more difficult ones are listed below, just as considerations, and whether you have to make these decisions or not, or what side of the conversation you’re on, it’s important to prepare your minds and lives for the changes they bring.

Addiction comes in almost an infinite number of forms, but particularly as a parent, it’s heart-wrenching to see a child go through the struggles. It is lucky that in modern times you can go to family therapy as part of many different treatments, so the child is not left feeling alone either during the process or afterward, when sinking back down into depression can be so prevalent of a course of action.

Cutting Off the Bank of Mom and Dad

Particularly after the economic struggles interrupting the lives of certain generations have come and gone, it can still be difficult to close the Bank of Mom and Dad. Sometimes giving your children money to help with things allows them to live a better life, but other times it enables them to become people who feel entitled, and even lazy. It’s important to make this decision at the right time, but that doesn’t mean the decision itself will feel good, or be easy.

Children sometimes grow up to live lifestyles similar to their parents, and other times to do. One of the more difficult decisions to make as a parent is if you disagree with a child’s lifestyle choice, but are still willing to let it go in order to make peace with yourself and your child.

Letting Your Grown Children Make Their Own Parenting Choices

Another tough one for many parents is what to do when you become grandparents! Your child’s circumstances, attitudes, and beliefs may make them a different type of a parent than you were to them, and this can be very difficult to accept. Ultimately though, it’s a decision that needs to be made one way or another.

For parents of school-age children, there’s the questions of location security. Modern technology allows parents to install activity trackers on their kids’ phones, even secretly, so that they know where their kids are at all times. Whether to do this or not based on your own ethics and moral standpoint is quite a riddle.