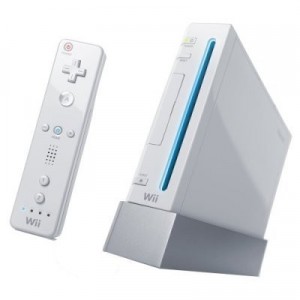 We recently paid a visit to our friends and we all had a blast. You know how my husband and I love video games but we do not really want the kids to be too attached to them. I still place a strong emphasis on reading. Our friends had a Wii, though, and we all played some games – children and adults alike.

So how was the experience? I have to say that it was better than I expected. You see, with the other video game consoles, most of the time, the person playing is totally engrossed in the game and does not have much interaction with the people around him. With the various games offered for the Wii, however, there are more opportunities for groups of people to actually interact with each other while playing the Wii.

Do you know the board game Cranium? Well they have a Wii version called Kabooki and children and adults can spend a whole night playing the game. It presents more of a challenge because the game utilizes actual movement of the controller for certain tasks. The Wii Sports package also presents opportunities for players to develop team work.

That being said, I actually think that Wii is good for children. Aside from the fact that human interaction is not lost when playing Wii games – in fact it can be enhanced with certain games – I think that there are more Wii games that are geared towards kids.

So would you agree with me that getting a Wii is a good idea?