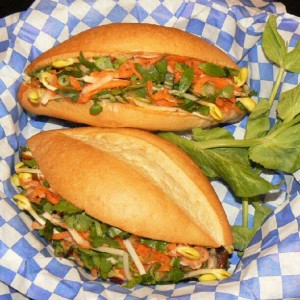 I grew up liking veggies, simply because my mom started with me and my sister at an early age. I think my tastebuds – not to mention my brain – got used to the idea that veggies were the normal food, as opposed to hotdogs and meat. Now that I have three sons, I have had different experiences with each one.

The eldest is a special child – in all senses of the word – and he will eat anything! In fact, because of his condition, my problem is to make sure he does not eat everything that he sees at the table.

The second is three years old, and for the longest time, he only wanted to eat hotdogs. He also loves noodles, but when he sees any signs of vegetables, he would pick them out and put them aside.

These past weeks, though, things took on a very pleasant turn: my three-year-old suddenly can’t get enough of vegetable sandwiches (of all things!).

Guess what happened? I received a copy of a new cookbook geared toward moms, titled “Healthy Cooking for Happy Kids“, a couple of weeks ago, and it was just in the bookshelf for a few days.

Apparently, it caught Eli’s (my three-year-old) eye. He has caught the reading bug early on, so it is not surprising that he’d want to take a look at a new book. What is surprising is that he really loved the book, although I doubt he can read the recipes, and goes through it every day!

Because of the illustrations – lots of healthy food items like veggies! – he somehow developed a craving for veggies in bread. Don’t ask me exactly how that happened, but I am not complaining at all. I guess my title is a bit misleading, as it wasn’t really I who got my son to love veggies, but the result makes me happy!

I’ve since then used some recipes from Healthy Cooking for Happy Kids, and while I don’t want to brag, I think I am giving my kids a heck of time during mealtimes these days. I’m far from being a great cook, for sure, but I was just really excited to share this with you. Who knows, this “trick” might work with your picky eater as well! 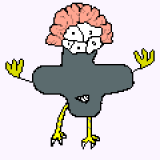