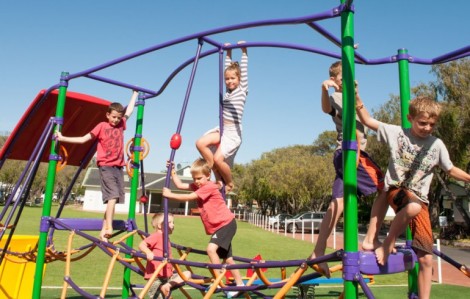 Parks and playgrounds will always have an important role in a child’s life. They are places where great childhood memories are created. For parents, these open spaces also hold a special place in their hearts.

But sometimes, though, the unexpected can happen when you least expect it. A child can get hurt while playing at the park’s playground whether by himself or while in the company of other children. When this happens, who then is to be blamed?

While parks and playgrounds are responsible for providing people with a safe environment, liability for injuries incurred during a recreational activity can be difficult to prove. Parents need to take action right away and talk to an injury attorney about their particular case to determine if there’s a basis in filing a legal suit against the management.

Legal experts agree that it can be hard to sue a person or an organization when an injury, minor or serious, occurs during a recreational activity. They point out that liability in such cases is not always clear-cut and the law concerning this can be complicated.

For an injury that occurred at a playground, the premises liability can be considered. The plaintiff, in such case, must be able to prove several things – that the defendant was in charge of the property and did not exercise the proper amount of care, the injured child was the type of person the park’s management could expect to be on their property and the child was injured in foreseeable way.

The management of the playground or park could be held liable if it’s found out that they failed to regularly inspect their equipment and repaired those that have deteriorated. In this case, they did not show a reasonable amount of care towards their facility which translates to negligent.

On the other hand, a person watching over the child such as his or her parents or another person such as a baby sitter could also be liable for harm due to lack of supervision. Being responsible for the kid, they should take the necessary steps to prevent any harm to the child.

It should be understood, however, that a public playground or park has government immunity from injury lawsuits. As such, it may not be possible for a parent to file a lawsuit against the facility to claim for damages.

The Centers for Disease Control (CDC) has reported that more than 200,000 children 14 years old and below seek medical treatment for playground injuries every year. Of the total number, some 45 percent involve serious injuries causing bone fractures and dislocations, eye and head trauma and internal injuries. Minor injuries include bruises, cuts, swelling and muscle sprains.

There are many factors that can cause these injuries among children having fun at the park. Slips, trips and falls are very common when kids run around particularly on uneven ground. The very aggressive children can push, bite and scratch others. Playgrounds that have not been properly maintained also have the potential of causing injuries among kids.