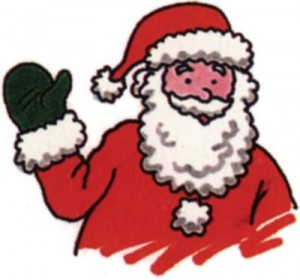 I remember a conversation I had with a friend, which happened many years ago, very clearly to this day. We were talking about how some parents “kill Santa” for their kids. This memory was brought to mind afresh just minutes ago as I was reading an article written by Lorraine Sommerfeld. Titled “Tough love parenting: Parents who cancelled Christmas,” the article talks about “extreme” measures that some parents take in order to straighten out unmanageable kids.

She talked about some stories of parents “cancelling Christmas:”

I wonder how many would feature tales like the year my mother cancelled Christmas.

Mournful little girls had to wait until noon to get their stockings, which had indeed been taken down and hidden. Mom was bigger than Santa Claus.

But a reader topped that one, too. Michael told me that the week before Christmas, his father went outside, shot twice into the air with a .22 rifle, then came back in and told two rowdy lads he’d killed Santa. My mother, apparently, had only delayed him.

This got me thinking…would I ever take on the tough love parenting stance to the extreme and do something such as cancelling Christmas? I cannot imagine myself telling our little ones that I have asked Santa not to drop by because they are behaving inappropriately, much less tell them I killed him. I suppose though, that cancelling Christmas can take on various forms.

Our Christmas plans are already set for the year, and the kids are not proving to be more trouble than they normally are, so I doubt that I will have the need to practice this kind of tough love this season. The article did give me some ideas on how we can give Christmas a little twist.

Perhaps, instead of getting all those presents from us on Christmas, we can ask them to pick out all the things they want to give away and then organize a little party for the less fortunate kids. That’s not exactly cancelling Christmas but teaches the kids a life lesson.

Anyhow, going back to tough love parenting…I find it particularly interesting that “frightening” children has a psychological and behavioral basis. Sommerfeld wrote that this is “the chance for kids to develop a behavioural conscience. What they see is that their actions have pushed Mom past a reasonable point. They will read past the content to the deeper meaning – there will be consequences for those actions.”

Reflecting on that more, I am beginning to see her point. Remember my 4-year-old rebel? Should I go out on a limb and try this out?