If you have seen Jay Leno’s television segment titled Jaywalking, you know the purpose is to ask random people on the street basic questions. You have probably noticed that this segment tends to poke fun at people’s ignorance. On a recent episode, individuals were asked simple history questions such as, “What ship carried the Pilgrims to America?”. Sadly, there were far too many individuals who didn’t know the answers. Members of the audience find this lack of knowledge hysterical, leaving many to wonder if it’s comical because they also don’t know the correct answer. END_OF_DOCUMENT_TOKEN_TO_BE_REPLACED 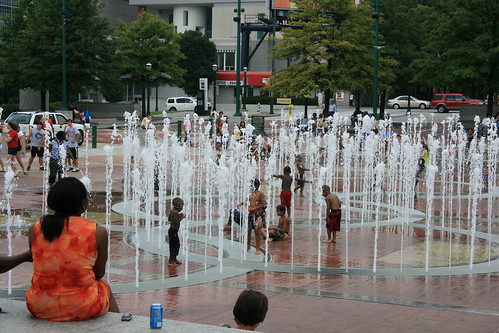 Once you’ve decided to move to Atlanta, the next thing to do is choose a neighborhood. Everyone wants a good neighborhood, but defining that term can take a bit more thinking. Of course you want an area that has low crime and charming local restaurants, but you’ll need to take your family’s lifestyle into consideration when searching for the perfect new home.

Here are some neighborhoods that are great for families with children. They offer plenty of family-friendly activities, easy access to public transportation and plenty of kid-friendly destinations within walking or biking distance. END_OF_DOCUMENT_TOKEN_TO_BE_REPLACED 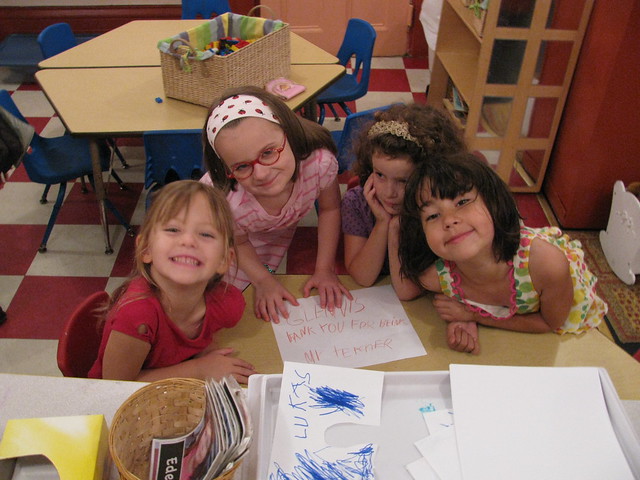 The last day of school usually brings excitement and high energy to those children looking forward to their summer break. But for some kids the end of the school year can result in anxiety and sadness. They might be worried about missing their friends, their teacher or are already feeling anxious about the next school year. No matter which reaction your kids are having, there are several steps you can take to make sure their last day of school is fun and memorable.

If your child is acting out, gets moody when you talk about school coming to an end or seems anxious, encourage him to talk about his feelings. Let him know it’s alright to be sad about school ending – lots of kids feel the same way. Going over the summer schedule or making solid plans for play dates with his friends may help him feel more secure.  END_OF_DOCUMENT_TOKEN_TO_BE_REPLACED 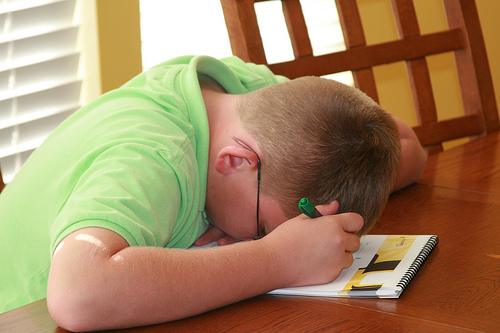 Ever since my daughter started 1st grade, one thing that has been a constant battle is HOMEWORK. I can’t say that I blame her point of view. After a full day at school, then some club or sports afterwards, who wouldn’t just want to veg on the television when they got home? Add the fact that she has 2 little brothers making noise (and a mess) somewhere close by in our very “cozy” (read: small) house, or the new puppy is tugging at her heels….so it can’t be easy to get back in school mode and work when there are so much better things to do at home!

After another especially bad argument of “This is the 10th time I’ve told you to do your homework!” , my husband, who is always silently neutral when I am close to hysterical, said why not try this – LET HER FAIL. Hmmmm……. If she wont do her homework, she’ll have to deal with explaining to her teacher why, she’ll be made to do it at recess instead of the playground and she’ll probably not be happy at all with the consequences. So instead of Mom-the-Ogre banging her head against the wall, our 8-year-old will learn a valuable lesson on her own…….what a great idea!!!

So this is the plan starting tonight at our household. Will let you know what happens. In the meantime, here are a few useful homework tips I found:

Homework Tips According to Grade 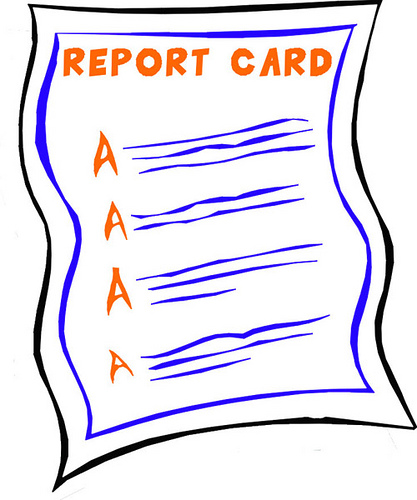 Two weeks ago I got an ubiquitous letter from my daughter’s school warning of a mini-epidemic of gastroenteritis going around. It listed the symptoms and how to keep it away (washing hands, etc) – okay, thanks. As if you can say that to a 6-year-old and expect them to remember to wash their hands in between the playground and lunch break! Unlike us Mums who have a keen awareness of germs and potential carriers (if I see someone coughing at the bank I immediately run for cover and whip out the antibacterial gel), kids just don’t notice these things and find it extremely difficult to stop touching things and (horrors) put their hands in their mouth.

Well, I did what I could. I gave them spiel about the germs and the hand washing, pumped them with vitamin C and hoped for the best. As fate would have it, on the night of baby Will’s 1st birthday party, Nat came to our bedroom at midnight and promptly vomited. It wasn’t too much birthday cake, cookies or lasagna as I hoped, because she couldn’t hold down anything for the next 24 hours. She then came down with a fever, had diarrhea, and for the next few days just lay on the sofa, totally miserable. Classic symptoms of gastro.

What’s worse is that we had planned a trip to Disneyland for their birthdays and it was just a few days away. And just as we were considering canceling the whole vacation, she got better. But then her brother got it, then the baby got it. And this was after I had lysol-ed my house like a madwoman! Luckily, the boys had a much, much milder version, and were pretty much their normal selves apart from a bit of runny tummies for a few days.

Now back from our great holiday (boy, did we narrowly miss disaster because of these school germs), my daughter came home from school today with ANOTHER letter, this time saying that there is a cold virus going around the school. HELP!!

Apparently, some schools and parents have taken the matter into their own hands, with things like the Germy Wormy and the Sniffle Sleeve. Good on them. Worth mentioning at the next PTA meeting I think.

Photo via Gotta Be Mobile

When you have a new first grader, the world suddenly revolves around two words Moms like me hate to hear (and, gulp, do). Let Go. Ever since Kindergarten, my daughter has proudly been telling us, her teachers, and anybody who cared to listen, that when she turned 6, she would be going to the biggest school in our area. A huge co-ed establishment with fantastic facilities and a great sports programme, my sporty, sassy and independent kid loved the idea of it, and so did I, until the day came when I actually had to leave her there. On her own.

So there she was, hair neatly braided, brand new Hannah Montana backpack and My Scene lunchbox, sitting in her first grade classroom with 13 other 6-year-olds whose Moms were slowly leaving the open door where we all peeked in. As I watched my child sitting proudly at her desk, I secretly hoped that she would look back at me and say she didn’t want me to go (which she never did), and eventually, as I made myself walk away as all the other parents had, I realized that today we had both reached a milestone. She was growing up and I was letting her get to it.

Photo via against the tide