The world is scary. There is no denying that. As parents, it is quite common to feel the need to shield our children from the horrors of the world. We want to shelter them from the bad elements that are out there. On the other hand, as adults, we also know that one day, they are going to have to face the reality of what goes on outside of our loving home.

Even right now, with the ease of getting information, it is hard to keep our children totally sheltered. Take what happened in Haiti. No parent would want to talk about the difficult time that the people of Haiti (adults and children alike) are going through right now. Then again, our children are bound to find out on their own. More so, this can actually be an opportunity to impart some values to our children. But how do you go about it?

One thing that I consider very important is the age of the child. While I would like my children to know about what goes on in the world, I also think that they have to be a certain age to understand reality. One need not explain human suffering to a 4-year-old! I think that about 7 years old is just about right. At this age, they have a more mature way of understanding things and with the right kind of explanation, they will be able to handle difficult topics better. Of course, there are no absolutes here. You’d have to judge your child’s capabilities on your own.

Another important consideration is to reassure your children that whatever is happening to others right now is NOT happening to them nor is it going to happen to them. That second bit is close to not telling the truth, I know. After all, no one knows what will happen tomorrow! Then again, there is no need to frighten the children more than they probably are. At a riper age, they will certainly find out that the future is as uncertain as can be. For now, they need to hold on to the idea that they are safe and that their parents (us!) are here for them.

Emphasize certain values that you would like your children to learn. Going back to the Haiti issue. You may be far away but this is a great chance to teach the kids to give to others and help. You may not be able to hold a big fundraiser or a similar activity but you can donate as a family to the Red Cross. Little things like these are remembered by children and will stick with them through their adult lives. 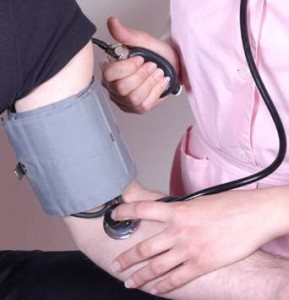