Send out some rainbow-inspired invitations to a few of the kids’ closest friends. Have everyone help make green popcorn (put food coloring in the butter before tossing it over the popped corn) and watch a movie or play games. For favors, give the kids gold-covered chocolate coins, fun holiday bracelets and homemade shamrock pins.

There are dozens of easy St. Patrick’s Day-themed craft ideas to do with the kids that won’t cost you much green but will provide plenty of fun, such as making shamrocks out of green construction paper or baking green cookies. Other examples include: Even with tons of fun crafts to do you probably don’t want to keep the kids indoors all day long. Here’s a list of outdoor activities to burn off some energy while keeping with the theme of the day:

No matter which activities you choose, end the day with a big meal of corned beef and cabbage and shamrock milkshakes for dessert. Just put a little green food coloring in a vanilla shake and everyone will be thrilled. There’s no reason St. Patrick’s Day can’t be a holiday the whole family enjoys together. Celebrate the rich heritage of the Irish culture with crafts, games, food and a lot of fun. 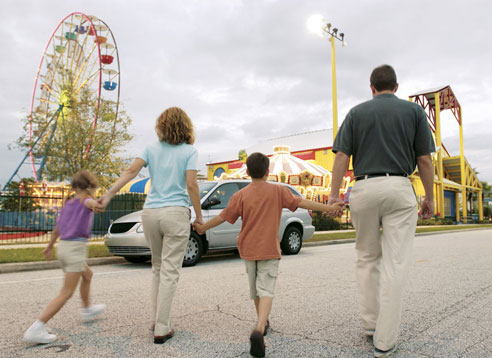