The most common diseases and illnesses encountered by children and adults such as colds, cough, and flu are not exactly easy to prevent but they can be. Successful prevention would entail awareness and hygiene practices based on common sense. There are many childhood diseases that are sought to be prevented through vaccines but for illnesses that strike much more frequently than others, there are some precautionary measures that can be taken that will ensure more protection especially for young children. 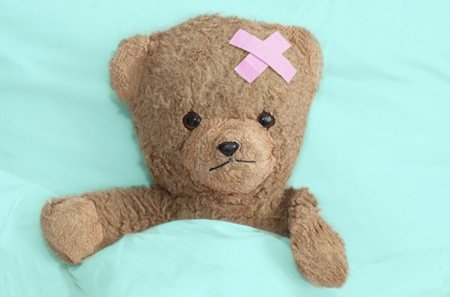 Colds is the most common illness that children catch precisely because it is very easy to do so. Being near a person with colds and touching objects that may have been infected by the colds virus such as door handles and stair railings easily transmits the disease from one person to the next. The virus lives for about several hours on infected objects thereby providing much time for children and even adults to catch it.

Colds may be a common disease that usually goes away after several days. However, it can be very uncomfortable for children who may have to deal with runny nose, breathing difficulty, fatigue, and fever. The primary way of preventing infection with the colds virus is by frequent washing of hands. Children must also be taught to avoid using things used by a person with colds. It is also best to temporarily avoid playing with kids who have colds as it is very easy to transmit the virus through hand to hand contact.

Another common childhood illness is the cough. A child with cough usually looks more ill than a child with colds especially because of the often distressing sound of coughing. Regular cough is also a self-limiting illness and will usually go away after several days unless caused by more serious reasons.

As in the prevention of colds, children are advised to wash their hands frequently and to stay away from people who have cough as it is easy to catch the virus due to physical proximity. It is also possible that children cough because of the presence of a foreign object in the throat or exposure to irritants such as smoke. It makes perfect sense not to place children in environments that have specific irritants they are sensitive to.

Children who are 6 months and older are advised to have their annual flu shots as a primary preventive measure. In everyday practice, sensible sanitary procedures are required. Again, the importance of keeping a child away from possible sources of exposure to the virus cannot be underestimated.