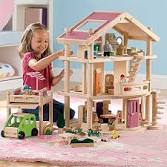 The creation of dollhouses is an outgrowth of people’s interest in dolls. Being a plaything that usually resembles a baby or child that is especially appealing to girls, a doll can be further enjoyed by its owner in its own miniature house, complete with objects that make it look like an actual home. Dollhouses for girls have long been a source of joy and entertainment to girls of various ages.

The earliest-made dollhouse was known to have existed as early as the 15th century. Craftsmen filled the miniature houses with every conceivable household article such as furniture, books, clothing, musical instruments, silver, glassware, and china to make them very realistic. Dollhouses for girls come in different styles, most of which reflect architectural trends of a particular place and time.

Dollhouses were used by adults to showcase decorative figurines. It occupied a different level of importance as children were not allowed to get close to them primarily for their preservation. The more famous ones can be found in museums. Germans were believed to be the first ones to use dollhouses as toys. English dollhouses were inspired by the so-called Nuremberg kitchen imported from Germany. It was originally intended as a cooking game being a small model of a room with kitchen equipments. Succeeding variations came with several additional rooms which soon evolved into dollhouses. Americans were introduced to dollhouses in the 19th century.

Dollhouses were only found in the homes of wealthy people until the 20th century. They were objects of intricate and excellent craftsmanship typically having glass fronts and elaborate decoration. They were and are still considered trophy collections, played only by adults. It is a good thing that present dollhouses for girls are a lot more child-friendly and can truly be enjoyed by a child. 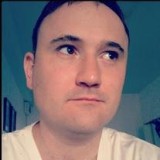