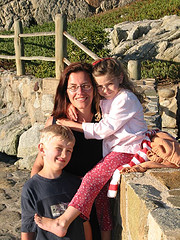 We took a look at how being overprotective can harm our children’s development. How about nagging, or as some describe it, repeating and reminding?

I personally do not see a problem with repeating instructions or requests, especially if the child does not seem to hear OR ignores a parent. However, we may have to go back to an earlier stage where we set the limits and the rules. It should be that when mommy says it is time to stop playing and time to wash up for dinner, she does not have to repeat herself. On the other hand, children will be children and sometimes, they will not follow the first request. In these instances, I believe that repeating the instruction is totally fine as long as one does so firmly. That is not nagging, is it? More so, we shouldn’t really YELL just because an instruction was not followed the first time it was given. According to Nancy Shute, “In fact, there’s abundant evidence that humans tune out repeated commands… Nagging also gives children “negative reinforcement,” or an incentive—parental attention—to keep misbehaving.”

The next time you feel the beginnings of a “nag”, bear that in mind.

Another area that we should be careful with is in giving praise. Giving praise is a positive thing – as long as it is not done too much and in the proper way. Have you ever met people who thought that the world revolved around them, that they are the best ever, and that they are God’s gift to mankind? Perhaps these people do so because their parents praised them to no end, making them believe that they are better than other people. I would like my child to have a healthy amount of self-esteem but it should be based on reality and not merely a perception. Get what I am saying? Share your thoughts?