Your kids might have dreams of waking up on their sixteenth birthday with a brand new Mustang in the driveway, complete with massive ribbon — but that’s not realistic. Cars are expensive, and parents often hand down their trusty mode of transport in favor of a new family car.

If you plan on passing down your car once your child turns 16 (or 18, or 20), you should plan ahead. When shopping for a car for yourself, you may also be shopping for your child’s future car.

With that in mind, your priorities and must-have list suddenly shift. Sure, you can handle that extended cab, but parking it (for a newbie) will be a challenge. You have an idea about the safety ratings, but now it’s one of the most important things to check.

Here are seven things your car must have if it’s going to get passed down to junior.

There’s plenty of information on crash test ratings for every vehicle on the market. Select the top 10 safest vehicles in your class of choice (compact, mid-sized, etc.) and you’ve already narrowed down your list. However, you should also compare year-to-year safety ratings.

The vehicles that constantly appear on the Top 10 list are most likely to remain safe over time. Make sure the vehicle has front and side airbags, too.

Filling up dents your pocketbook, so just imagine what it’ll do to a 16-year-old. Either you’ll be paying for that gas, too, or your son or daughter will be scraping together change from babysitting gigs.

Kids might dream of having a Hummer, but they don’t fully understand MPG until they’re pumping the nozzle. This is one of those delayed “they’ll thank you for it later” gifts.

If you buy a car known for going 0-60 at lightning speed, that’s asking for trouble. No teenager can resist trying it out. Instead, choose a modest sedan that gets you where you’re going, but at a normal speed. Some kids will still want to race the family truckster, but it’s a lot less appealing than the little Z3.

4. The deal with manual

It’s easy to choose an automatic car because, well, it’s easier to drive and it’ll be a lot easier to teach teenagers on these cars. But don’t underestimate a manual. You can get slightly better gas mileage, and it’s important that everyone knows how to drive a stick. What happens if your child is ever in a situation where the only option is a stick?

If you’re buying a used car, make sure all the maintenance records are on hand. How safe a car is rated doesn’t matter if the oil’s never been changed. Always have the vehicle checked by a mechanic to make sure there aren’t any hidden problems.

For example, after Katrina and Sandy, dozens of flood cars were on the market; water can erode brakes, causing them to give out suddenly months or years later.

6. It’s all about visibility

Some cars have bigger blind spots than others, which you may not notice since you’re used to dealing with it. However, newbie drivers don’t have the same instincts and skills. Pick a car with minimal blind spots and always teach young drivers to look over their shoulder even if the mirrors show a clear lane.

Insurance rates are affected by the type of car you drive, and that will still apply when the car gets passed down. Ask a reputable agency about the premiums for a young driver — and remember that student discounts may apply. 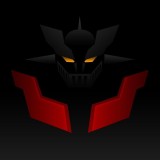